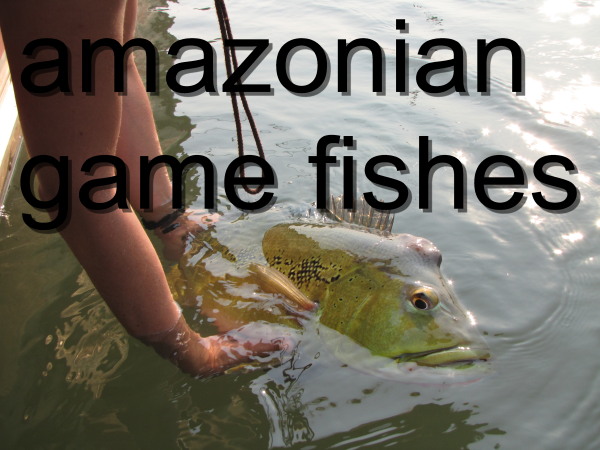 Which are our main amazonian adversaries? They are many, agressive, fierce and magnificent. An exhaustive list belongs to the realms of impossible. So we'll limit us to evoke those you will meet more frequently in almost all the Amazon and Orinoco watershed. We often know those fishes under their vernacular brazilian names, because they often don't exist in the only english speaking country of Amazonia that is The Republic of Guyana.

It should be noticed that endemic species of the Amazon river are present in several countries satellite of Amazonia as French Guiana, Suriname, and Guyana whose main rivers belong to different and independant basins. However, it's not impossible to imagine that due to the geographic proximity of the upper parts of their tributaries with those of the Amazon river, there are communications between the different basins during the rainy season, following a naturel phenomenon called " igapô", flooding a vast part of the amazonian rain forest which covers most of the territories of these countries. It could theorically explain the distribution of some species outside their basin of origin. Unless it goes from early ages when there were much water on the continents. But this theory is only ours...

Here is a list and a description as precise as possible of our potential adversaries.