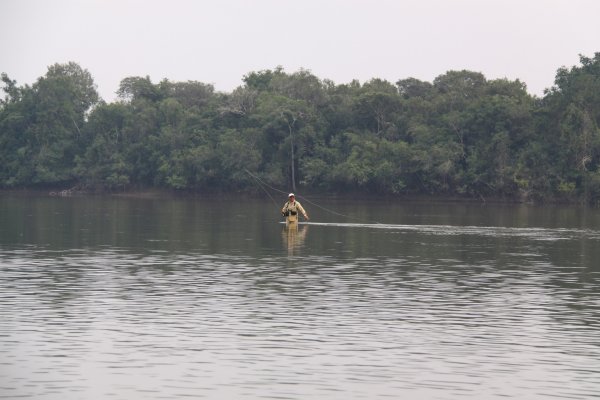 When one thinks about fishing in Amazonia, one immediately imagines a turbid water river slowly going  through an impenetrable jungle. But, it should be known that at the opposite of this sempiternal stereotype, also exist clear and transparent waters, currents, large pools flowing on sandy and rocky bottoms, which without some tropical floristic elements, would look like salmonids streams of Europe and North America. Other rivers that  cut their bed in the midst of vasts savannahs or even in grassy meadows and marshes, have the indeniable appearence of chalk streams or spring creeks. To all that, we'll add the myriad of natural lakes, subsidies from the flooded forest during the rainy season, or pharaonic proportionned hydroelectric dams. We'll not forget the areas of mangroves which are also real jungles, sheltering salt and brackish water species, that are also first choice " customers"  for the flyfisherman. 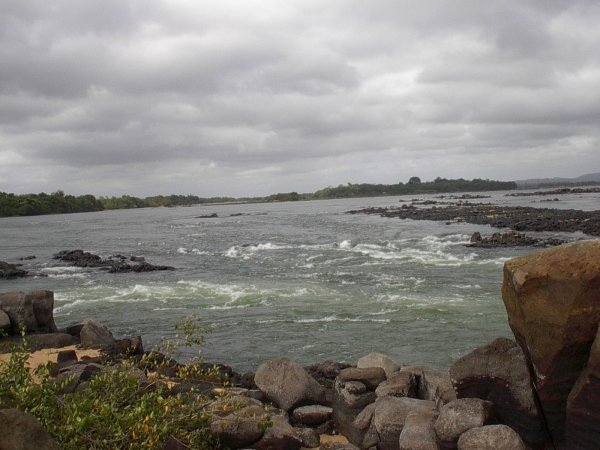 The currents of the Xingu River ( Brazil)

If there is a certain community of species in these waters, there are of course many features that require special techniques which are not as different as would be imagined of those that are traditionnaly used in our temperate countries, and which are in fact nothing less than circumstantial adjustments to the elements and our potential adversaries. 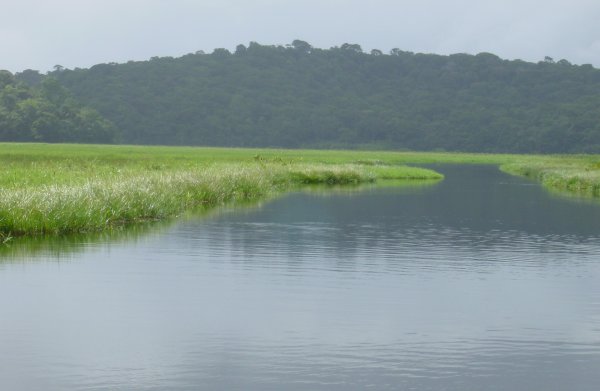 Usually, the waters that will captivate our attention will be clear and sometimes even transparent, conditions necessary for an effective practice of lure fishing, and particularly flyfishing where the visual factor is fondamental. So, it is not on the  Solimões* river, or other giants like  the  Madeira , that travel muddy alluvial waters that we are going to operate, but on tributaries of limpid water that are, for example the rios Xingu, Araguaia, Tapajos, or the  Negro, Uatuma, Trombetas, Jari, rushing down from the Guianese highlands that are extremely clear despite a  pronounced cola like colour. 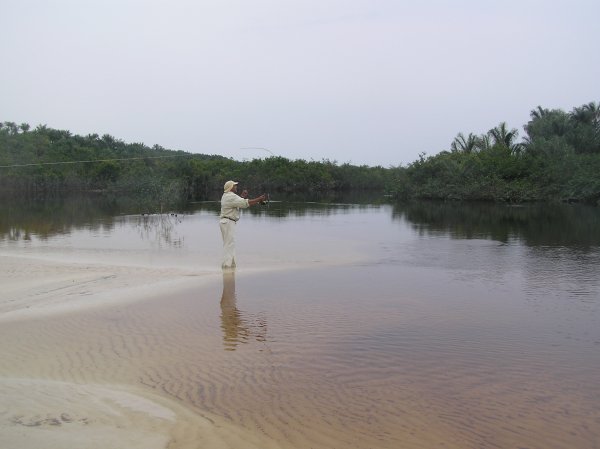 casting from a beach of the Rio Negro(Brazil)

According to the topographies encountered, we will operate sometimes by boat on plane areas where the shoreline vegetation is dense, or something walking or even wading, in other places where  relief and sparse flora will offer to us providential sand and rocky islands from where we'll cast our flies.

* name of the Amazon  upstream of its confluence with the rio Negro in Manaus.